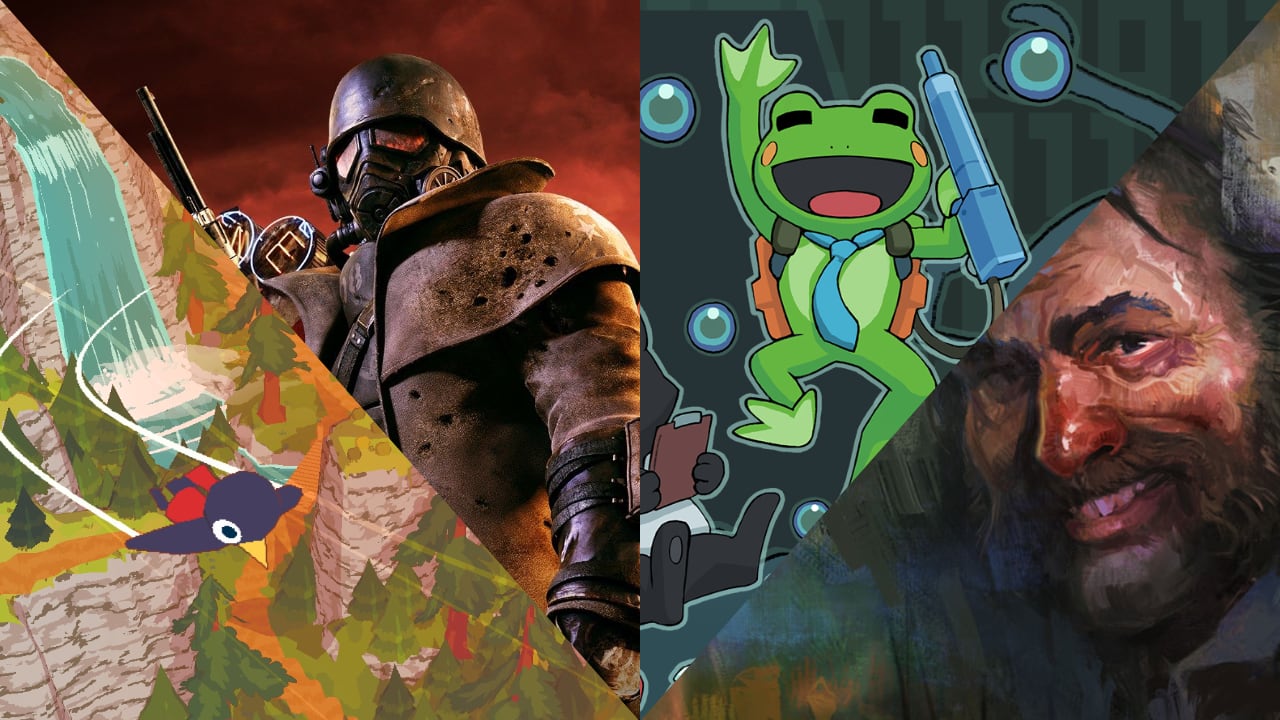 I played a whole pile of games in 2022. Here are the ones I loved the most. 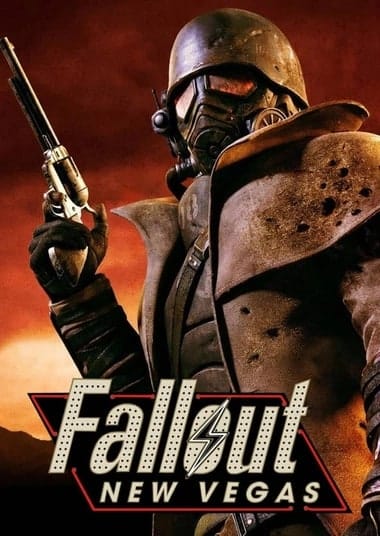 For years I’ve been hearing that New Vegas is something special but somehow never gotten around to it. Now that I have an Xbox Series X, I decided to take advantage of it’s great backwards compatibility to finally actually play it. Damn, what a game!

It does so many things differently to Bethesda Fallout games, and in doing so creates a game with meaningful decisions and a story that actually feels like your own. There’s no being friends with everyone here, you will need to decide on factions to align with as the story progresses - and no faction is an easy ‘correct’ option. I never felt entirely comfortable with any choice offered to me, each faction had at least something that made me a little uneasy to align with - but I loved that. The real world is complicated, people are complicated, black and white decisions are boring and the way New Vegas combined complex choices with real appreciable impacts on the world and people around you is incredibly cool. Even the side quests that in a lot of games would be boring collect-em-ups to farm for experience and gear are super well written in New Vegas, and can link into the greater story in ways you wouldn’t predict.

As a game it’s a little old, creaky and a little buggy but somehow it’s one of those games that even as hyped as it was to me, lived up to that hype. 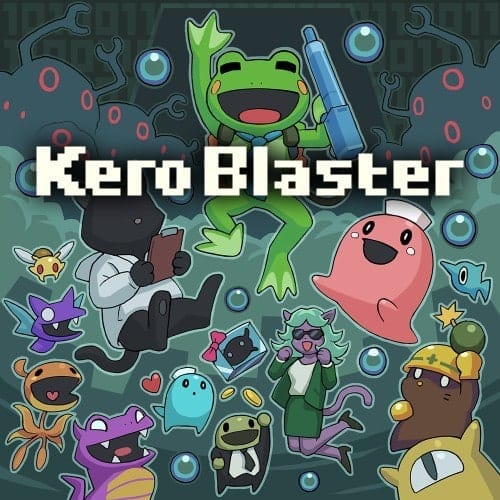 I remember seeing this recommended by someone, again, many years ago as a great little designed-for-mobile side-scrolling platform shooter. It had been sitting on my Switch for a while and while on a plane trip to Perth I decided to give it a crack and it’s a fantastic little game. Cool pixel-art character designs and a super compelling combat upgrade system with simple controls make this game a winner in my book.

Your suite of actions are simply move, jump and shoot. Levels are smartly designed around this with interesting enemies and especially bosses to test your mastery of the simple controls. You gradually gain access to a few different weapon options that can be switched between at will depending on the situation and each of them can be gradually upgraded to do more damage or behave differently. It’s enough to keep the couple of hours engaging and a fantastic game for when you want to play something straightforward and have a few hours to burn. 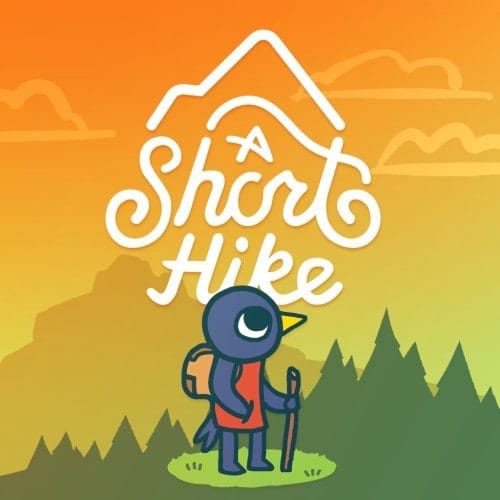 What a delight this game was. You’re a little bird, and you go on a short hike. Along the way you meet the residents of the island you’re exploring and help them out. The whole thing is presented in a gorgeous low-resolution style (though you can display it in high resolution if you have no taste) with an unexpectedly touching story.

The epitome of a lovely afternoon game. 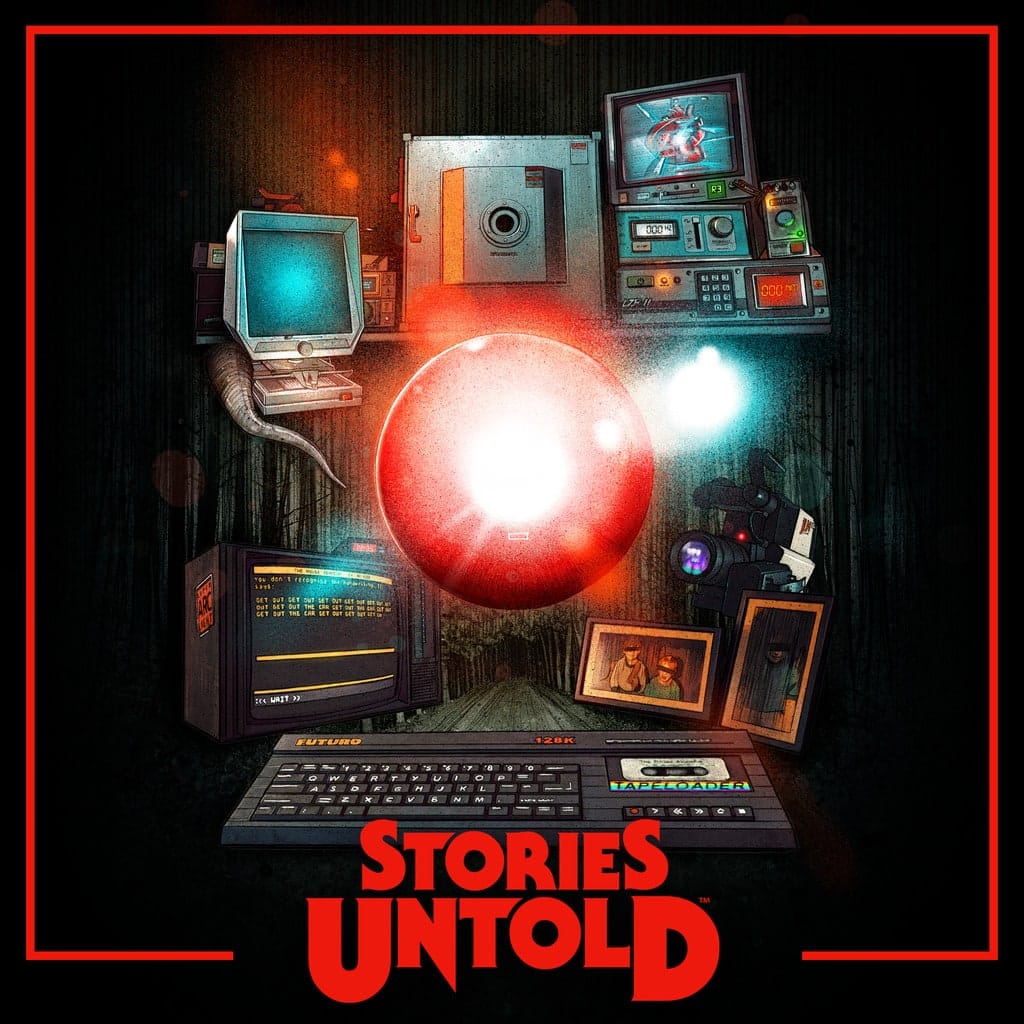 My good friend James raved about this game when he played it. I saw it on sale for a few dollars on PSN and thought I’d give it a try. What I found was a wildly creative and innovative narrative horror game. The game is split into four episodes, each around 30-40 minutes in length. I think they’d be best played like a TV series, maybe one a night so you can savour each experience as the little bite sized piece of horror it is.

It’s hard to say too much without giving the game away, it’s a story that relies on mystery and foreboding over surprise scares. The opening episode has you exploring an old family home and playing a text adventure left there. Things progress in a way I could never have predicted. Suffice to say I never expected the kinds of spine chills I got from a text adventure in this game. Please check it out if you’re at all a fan of horror storytelling. 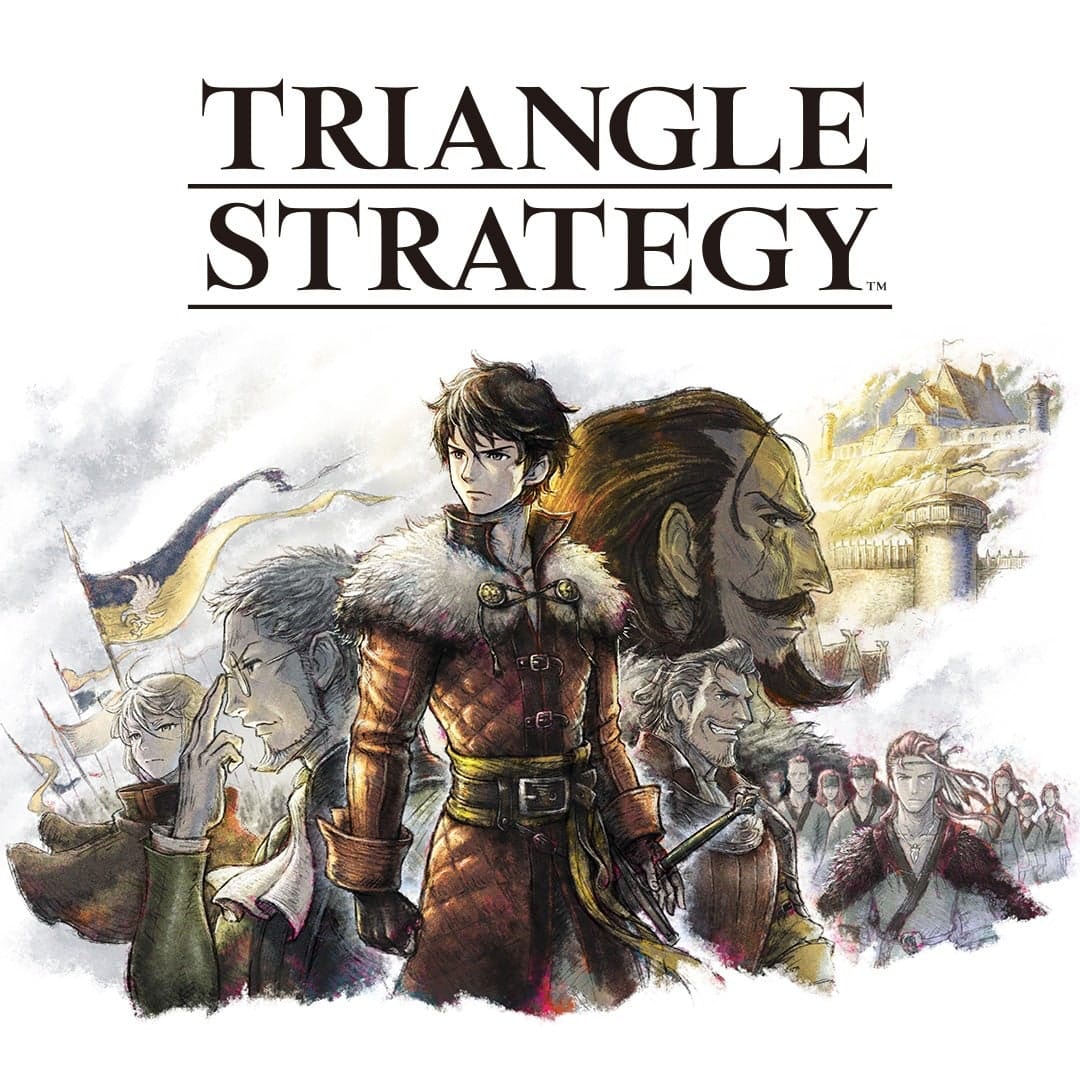 I was well primed to like this, playing it as I did soon after completing and loving Octopath traveler which uses a very similar visual style. Set against a background of warring factions vying for the salty lifeblood of their land, Triangle Strategy is a captivating strategy game that’s simple enough to get to grips with easily but with enough depth that I never got bored.

It has a genius system where you keep gained experience when you fail a mission, so it will always be just that little bit easier the next time around. It’s such a good approach to allowing challenge while letting the game adapt to your ability. The story too was surprisingly engaging, with decisions you make having consequences that felt like they had real impact on the course of the story.

I reviewed the game for Press Start Australia, if you’re interested in more long-form thoughts!

Throw another on the list of games people were right about when they said I’d like them. I never expected to be so drawn into the world created by the ZA/UM art collective. You wake up with no idea who you are, what you’re doing in a trashed hotel room, and a cop-partner outside urging you to get back on the case - a hanging of a soldier in a town embroiled in a labor dispute.

There is so much to the story of Disco, characters with incredible depth and a world you could spend multiple play-throughs in and still find new things in. The way you develop your character and choose to role-play will have huge impacts on the way you solve problems and advance the story. Disco is truly special. 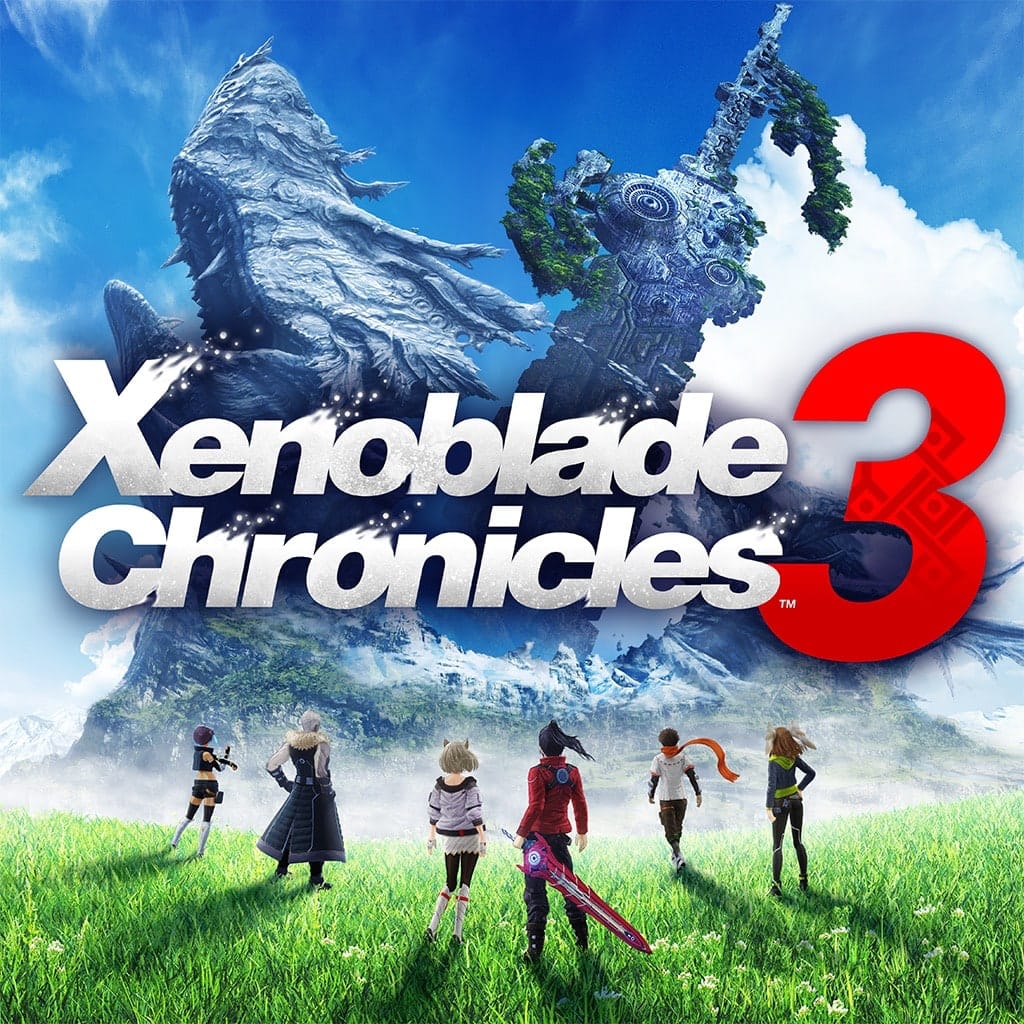 I’d almost written off the Xenoblade games after playing 2. The utterly unappealing character designs and opaque combat system did a lot of damage to the series’ reputation in my mind. Thankfully I played Xenoblade Chronicles Definitive Edition and realised how damn good these games can be - and so went into 3 hopeful it would be more of the same.

A genuinely interesting, tragic and emotional story, some fantastic visuals and character designs and a deep and engaging combat system made this an absolute winner for me.

It was good enough to make me consider giving XC2 another chance, and that’s quite a feat.

I reviewed this one too, again over at Press Start Australia. 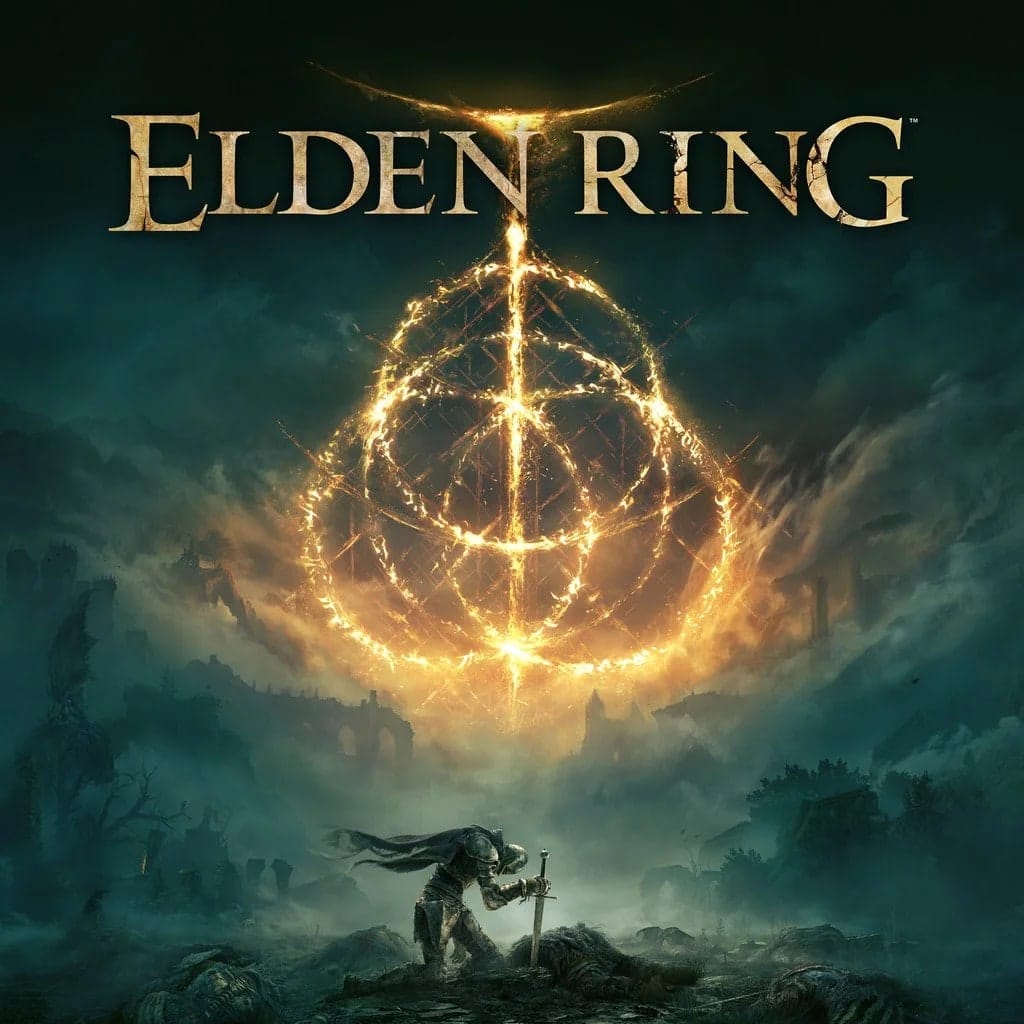 It’s unsurprising, but of all the games that came out in 2022, Elden Ring is my favourite. I have adored every FromSoft Souls-ish game I’ve played and Elden Ring is no exception. Methodical combat, extremely cool dungeons to explore and an open world that is hiding a huge array of fantastically designed locales that was a joy to explore. Much ink has been spilled about Elden Ring so I won’t ramble on too much. I hope it isn’t the only template for this style of game going forward since I did find myself missing the more concise worlds of Dark Souls - but I loved nearly every moment of Elden Ring.